Ah, the tribute band. A sad waste of musical ability pissed away on crowds of saggy-bottomed middle-aged fools who, for one night, pause the process of growing up - or, a harmless skip down the memory motorway? The deathless debate hangs in the air. If your tribute band is so good, why not pen some tunes of your own?

The curmudgeons' oh-do-cheer-up side of the argument is rightfully hit in the eye by gladioli chucked into the crowd by Jurgen Wendelen, The Smiths Indeed's Morrissey representative, as the four-piece shimmy into Still Ill. 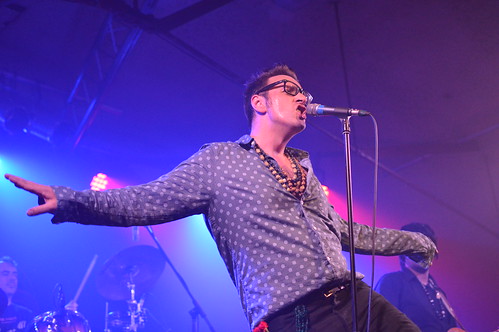 A glance at The Robin's sizeable crowd, buoyant and resplendent in all manner of Smiths and Morrissey t-shirts, and the argument is swiftly kicked in the shins, a night of blissful indie memories well underway.

This is in no small part down to the masterful note-for-note replication of The Smith's timeless hymns, each shot through with sufficient verve to render them with a gratifying freshness. The skilfulness of their act doesn't just replicate, it channels the historic much-loved odes to love, loneliness and everything else. 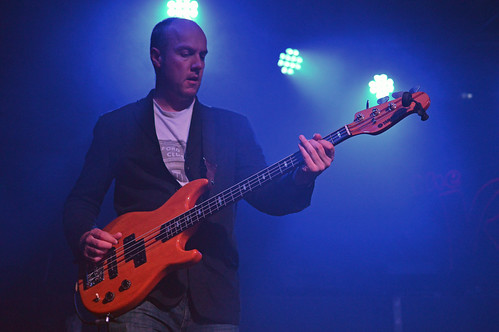 Celebrating the 30th anniversary of The Smiths' No. 1 album Meat is Murder, every song from it is given spirited renditions, even the maudlin title track. For Panic, igniting a mass 'Hang the DJ!' chant in the room, Wendelen swings a noose around in one of many touches that superbly contributes to the act. He has the mannerisms, accent, weird dancing and, of course, the singing voice utterly nailed down.

Taking Bilston by the throat through just about every Smiths song you really wanted to hear (except your correspondent's favourite, Shoplifters of the World Unite - but no qualms here), we are fortunate to have a shit-kicking visualisation of what it must have been like to witness such a band in the flesh.

Representing those who sadly couldn't due to age (or lack of it), I am all the more grateful for such an eerily imitative experience that, for one night, opens a portal into hitherto inaccessible sonic territory that all the grainy YouTube footage in the world can't quite compete with.

Photographs from the evening: https://flic.kr/s/aHsk7wpKHL

All photographs © JH Stokes 2015. Anyone found nicking these shots will be spanked with a wet plimsol. 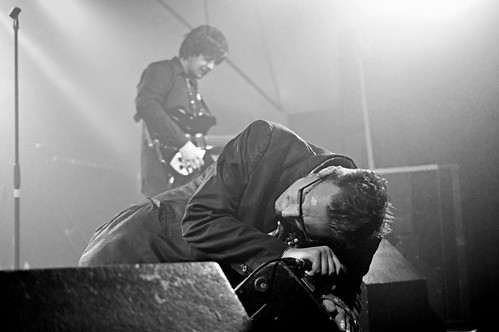